Most of the badger sightings mentioned here were made at the Strathspey Badger Hide. If you would like to go, click here for booking details.

Locations of sensitive nests and dens are kept deliberately vague for obvious reasons. If you have a bona fide reason for more detail please let me know.

Weds 1st to Sun 5th Jan 2020
Still in the Christmas mood so not much done apart from filling feeders and checking cameras plus some feeder design work in the shed on days when the weather was not too cold.   Pine martens seem to be avoiding my cameras at the moment and also avoiding the nest boxes which is a bit sad. On Fri 5th we went to Inverness to buy some new hedge plants to replace the monstrous hedge we had removed recently.  Later I went to the badger hide to check the camera; sadly, still no pine marten at the nestbox.   Whilst there, I removed what was left of the pine marten feeder and brought it home to salvage what I could for a new one. 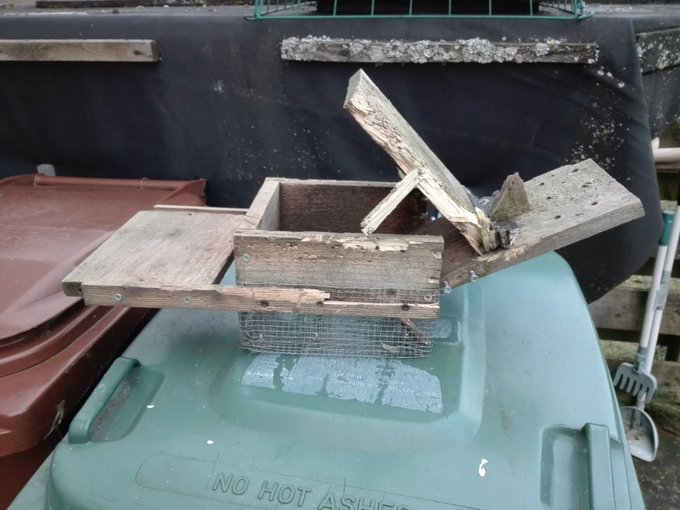 On Saturday 4th Jan BoGWiG members old and new met at Milton Loch for mince pies and mulled wine and to do a few tidying up jobs. I took a small group to see if our new osprey nest had survived the recent gales. Thankfully it had and was looking great. 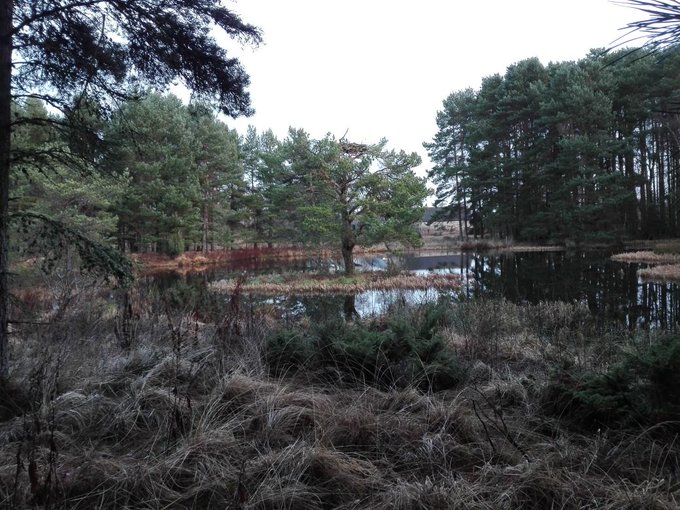 On Sunday I resupplied one of our volunteers with a sack of peanuts for her allotted bird feeder in the woods.   Later I began writing an article about badgers for a local young lady who is in the process of putting together a wildlife magazine.

Mon 7th to Sun 12th Jan
On Monday, in the woods early on, I met a birdwatcher who had found a capercaillie and was studying it through binoculars.  It was good to know they are still to be found - obviously I'll not say here exactly where it was.   Back at home I finished the badger article and sent it off with some pictures.   Tuesday was supposed to include re-siting the camera at the golf club but the weather was foul so a short session in the shed was all I managed.  On Wednesday I gave a badger talk to the good people of Kincraig who are raising funds for a hospital in Africa.   A very engage audience of 35 or more and we may have gained a new member or two for Scottish Badgers.  One audience member told me afterwards that she is working towards her Level One badger surveyor qualification and will be in touch for my assistance.  On Thursday I filled up the feeder at the golf club and checked the camera; only red squirrels recorded yet again so I don't know what has happened to our pine martens.   Spent some time on Friday on preparation for Saturday's Scottish Badgers brain storming session, then went to the badger hide to put a few peanuts under a heavy board for my furry friends, then checked the pine marten camera.  Sadly, yet again the only action was caused by the wind.  Looks as if I'll have to get the ladders out and physically check the main chamber with the endoscope to make sure there's not a decomposing body in it again, which is what put the martens off a few years ago.  Spent Saturday in a very wet Dunblane at a brain-storming session of the Trustees of Scottish Badgers working on the next version of our Strategy for the period 2021 onwards; six hours of hard work but very worthwhile and highly rewarding.  Onwards and upwards.

Mon 13th to Sun 19th Jan
Wintry weather at the start of the week, too bad for golf but OK for getting out to the feeders.  A new cheap 600mm lens arrived for my phone; absolutely brilliant, considering the price.  Looking forward to getting to know it and will probably take it on holiday to Brazil in March.  It will certainly be excellent for checking the Milton Loch osprey nest; it can be used as a monocular as well as a photo lens.  On Wednesday the weather continued foul but the dogs and I visited the single-hole sett that John Aitcheson found when we were filming for Springwatch all those years ago.  The tunnel has shrunk but still appears useable, if only by a fox or marten or rabbit, and there were no signs of current use that I could determine among the mix of heather, moss and melting snow around the hole.  On Thursday I updated last year's diary and backed it up on two hard drives and two clouds.  Friday began with a check of the corner-post badger sett.  I only found two tunnels, there used to be more, bothe of which had clean entrances but there were no obvious badger signs round-about.  Unclear if the sett is being used.  It used to be a main sett, or possibly an annexe, but no longer 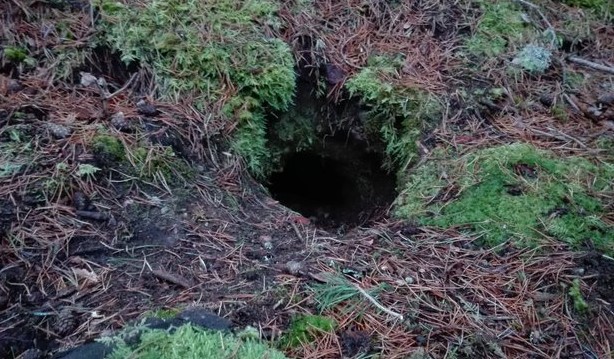 On Saturday I checked the Bill's Badgery Basin setts.  The NW sett is definitely being used but it was hard to tell for certain about the other four.  The ten-tunnel Loch Roid sett was flooded, as it usually is at this time of year.  Only two tunnels were visible above the flood.  It dries out in the Spring, nice and clean after its wash out, and in the meantime there are other useable setts nearby.  On the way out I found a very fresh badger latrine about 100m from the corner post sett that I had checked the previous day; good to have the ultimate proof that the local badgers are doing fine.  At home I composed and sent off a fresh submission to the Scottish Parliament Petitions Committee in support of Ellie Stirling's petition to do with neutering domestic cats.  The angle I concentrated on was to do with the hybridisation effect on wildcats from having un-neutered domestic cats and their offspring in the countryside.  I offered to attend their next discussion, if they thought that would be helpful. 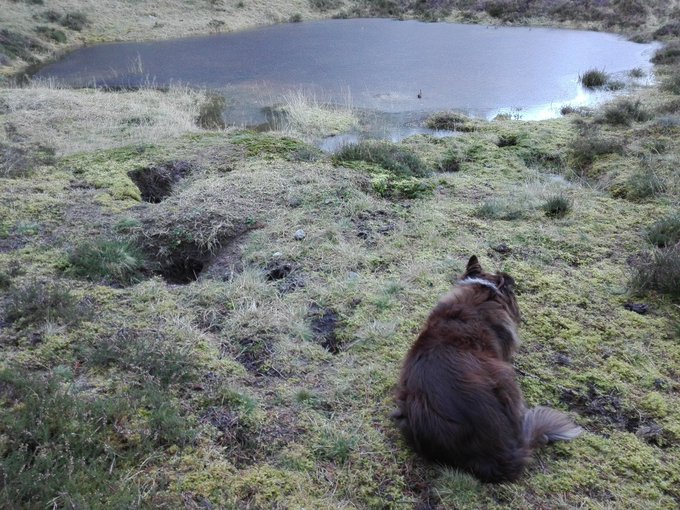 On Sunday Bea and I checked the pine marten nest box at the badger hide with the endoscope to make sure there was nothing dead in it, as had happened a few years ago.  Happy to report that all was well, so it's fingers crossed for some occupants.  Finished the new pine marten feeder; not convinced it's strong enough if the badgers get to it. 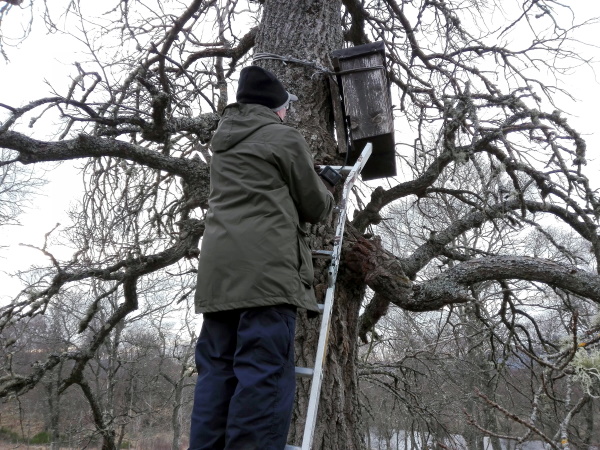 Mon 20th to Sun 26th Jan
On Monday I worked on papers for a meeting later in the week, then took the new pine marten feeder to the hide and fixed it high in a tree with a camera trained on it to see what happens.  If the badgers manage to get to it I have a plan B involving a pole that the martens could climb but the badgers could not. 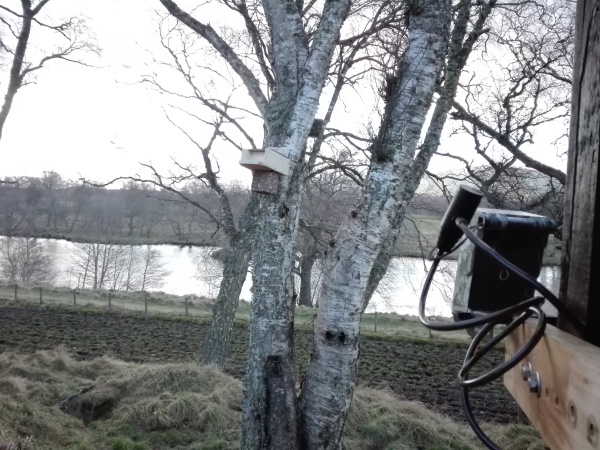